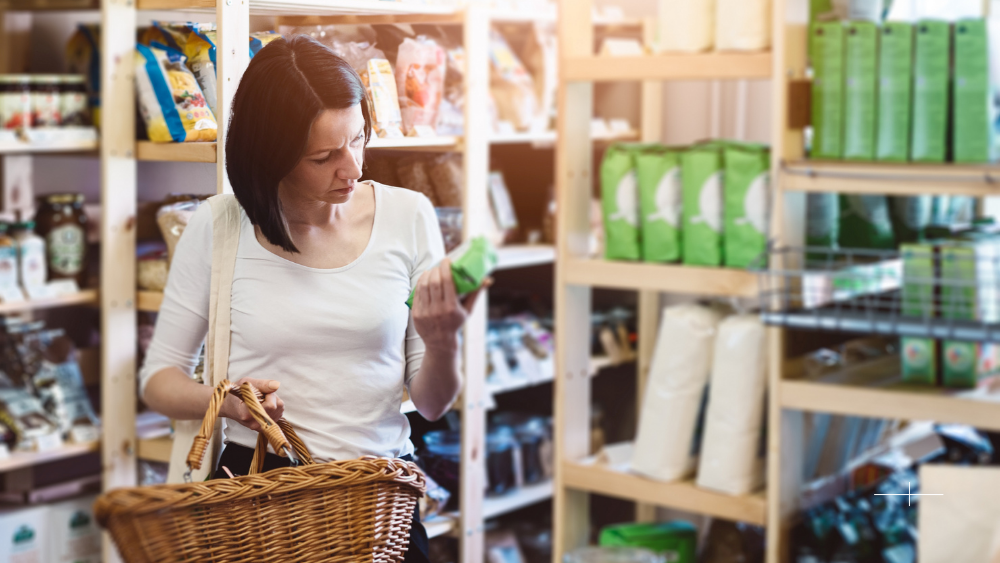 Food-label warnings such as ‘May contain traces of gluten’ and ‘Processed on the same line as gluten-containing cereals’ can be tricky to interpret. If you have coeliac disease or are highly sensitive to gluten, chances are you’ll be a little confused about this grey area of labelling. Here, I’ll give you the information you need to decide whether foods with this type of precautionary warning have a place in your pantry.

What does ‘May contain gluten’ mean?

‘May contain’, ‘May contain traces of’, ‘Processed on equipment also used for gluten-containing cereals’ are different ways to say the same thing: that there’s a risk of a very low level of gluten cross-contamination. This risk may come from the growing, harvesting or processing stage of one of the added ingredients or the finished product.

What doesn’t it mean?

Precautionary warnings don’t mean gluten is present at a detectable level (>3ppm of gluten — visualise 3 crumbs of gluten among a million gluten-free crumbs). It’s against the law (Food Standards Australia and New Zealand) to put a ‘May contain’ warning on a food that contains detectable gluten. It’s also against the law to put a precautionary warning on a product that claims to be gluten free.

Even if a food is labelled with a precautionary warning statement, manufacturers must have processes and procedures in place to ensure that any possible gluten cross-contamination is present at the lowest practicable level, doesn’t exceed 3ppm and is controlled.

Precautionary warning statements are voluntary, so manufacturers can choose whether or not to put them on their products. This means it’s impossible to tell whether foods that are gluten free according to their ingredients but not labelled gluten free have a lower risk than those with a precautionary warning statement. You would expect, though, that the majority of foods without a ‘gluten free’ claim are made in a facility that also makes gluten-containing food. This means that in most cases, it’s possible that a tiny trace of gluten could have entered the food i.e. it ‘may contain’ gluten.

It’s often assumed that food companies are using ‘May contain’ statements simply to protect themselves. This may be the case in some instances, but I don’t think it’s typical. Large food companies are staffed by people like you and me. They don’t want to make their customers sick or face food recalls or fines. Most food companies use these statements to inform consumers that there’s a risk that very a low level of gluten is present.

Eating out and at home

Every item of food from a restaurant or café that also makes gluten-containing food is a ‘may contain’ food. I believe that the risk of eating out is far higher than with packaged food (my next online guide will be on this topic, so make sure you’ve signed up to my email list so you know when it’s available!).

Food cooked in a home kitchen where gluten is present is also ‘may contain’.

How much gluten makes someone with coeliac disease sick?

A 2019 review (35 studies) of coeliac disease research concluded that although the amount of tolerable gluten varies among people with coeliac disease, a daily gluten intake of <10mg is unlikely to cause gut damage1. Let me apply that finding to our topic:

Coeliac Australia has this to say: “Research into the use of precautionary (‘may contain’-type) statements in Australia has shown that manufacturers tend to overuse rather than underuse them. Part of what we do involves working with manufacturers where we can to minimise the unnecessary use of precautionary labelling to maximise food choices without compromising food safety”. Coeliac Australia recommends that those with coeliac disease avoid eating food with precautionary warning statements relating to gluten.

Coeliac New Zealand doesn’t suggest outright avoidance of these foods, as it’s recognised that this may unnecessarily limit your food choices. Instead, they recommend using caution.

What does this mean for you?

Considering the above, this is my take on whether to eat foods labelled with a precautionary warning:

Note: If you have a food allergy, the way in which you should interpret precautionary warnings may differ from these guidelines. Please seek professional allergy-specific advice.

To learn all you need to know about label reading take my knowledge-boosting online guide here.

To talk about coeliac disease, gluten intolerance or living a gluten-free life, feel free to book a consultation with me – or simply get in touch.